The Aliağa Municipality of Izmir, Turkey, dismissed 187 trade union members without any legal basis. The workers have been picketing since the 20th of May.

The Aliağa Municipality of Izmir, Turkey, first dismissed 3 workers and changed the job positions of 200 workers without any justifications or a legitimate basis. Most of the 200 workers have been working in office jobs and they were forced to work in the areas that they are not trained for.

Genel-İş is a municipal sector union of DİSK and has been organized in the workplace since 1998. And the dismissed workers have been working there for more than ten years.

Aliağa Municipality is run by MHP and the mayor has been reelected in the local elections of March 2019. After the reelection though, unlawful practices started quite soon.

As soon as the dismissals started, the union branch in İzmir started talks with the employer. They said: “The union is ready to work for the well-being of the workplace to resolve the problems and provide a peaceful work environment. But we are against all kind of attempts that would cause our workers or their families to suffer, and that would deprive them of their rights stemming from the collective agreement.”

In addition to dismissals, the newly reelected mayor is also forcing workers to resign from their union and to join another one.

On 20th May workers started to protest the municipal employer by picketing. On 21st of May they organized a sitting demonstration and decided to be on watch on Demokrasi Meydanı (Democracy Square) in the city center between 09:00 – 20:00. From the beginning they have not left their pickets. They have received support from other DİSK affiliated unions and a number of NGOs in İzmir.

On 29th of May, the union made another call for support for the workers’ reinstatement and a press statement on the 30th of May. They sad “You will not take away our work or our bread” and demanded the reinstatement of the workers, replacement of the job changes, fair wages, an end to mobbing and drudgery, an end to oppressions on workers approaching their retirements, and respect for the existing collective bargaining agreement.

The employer, turning a deaf ear to workers’ and the union’s demands, dismissed another 99 workers all of whom were permanent workers on 11 June. Furthermore, the union has been hearing words about further dismissals.

Not being able to get any results, the unions started a petition on 10th of July. The struggle started to gain more public support and publicity at the local and national media. Also, political party representatives from the opposition have visited the picket line and declared their support. The workers of other municipalities (Buca, Karabağlar, Konak) in İzmir also supported the action.

Following the 8 more dismissals on July 24, the number reached 187. On the 29th of July the union headquarter started an international campaign on Labour Start demanding the reinstatement of the workers and respect for trade union rights and freedoms with the support of DİSK, EPSU and PSI. By August 21st the number of supporters is over 6600.

"It is clear for us at PSI that the illegal dismissal of 187 workers carried out by the mayor of Aliağa is part of a broader purge encouraged by President Erdoğan against public service workers organised in trade unions. He has identified the union movement as one of the few strong foundations which are capable of unifying critical voices against his regime.

We are proud of having Genel-İş as a member of PSI since 1995 and we could not be prouder of all of you who are keeping up the good fight on the picket line since 20 May."

“The European Federation of Public Service Trade Unions, EPSU sends its solidarity greetings to you. We are fully behind the demands for respect of trade union rights and the freedom to organise and chose your union.  Your mayor Serkan Acar of the Aliağa Municipality is acting against the wishes of the workers. They should not be forced to resign from their union. You have been long time members of Genel-Is.

Our 8 million members in more than 260 unions in European countries such as the EU, Russia, Norway, Ukraine condemn the actions of the mayor. We ask that the dismissed workers, nearly 200 now, are reinstated in their job. We are one with you in our daily struggle for justice, equality, and good public services for all the people in your municipality. We are with you in the demand for fair wages and wage increases, for good working conditions and the rights to organise, to represent the workers and to negotiate good contracts.

EPSU stands with you, your co-workers and your families. Our fight is one of hope for a better future, for workers and for the citizens of Aliağa Municipality. Our joint and united fight will prevail and we will win. Success and in Solidarity”

On 31 July, on the 76th day of the protests, DİSK President Arzu Çerkezoğlu and Genel-İş President Remzi Çalışkan accompanied by many other union leaders and representatives visited Aliağa workers to show support and solidarity.

Remzi Çalışkan said: “We are, all our members are, standing with Aliağa workers and their families. We will continue our fight against this unlawful practice”.

Arzu Çerkezeoğlu, also expressing solidarity, said: “The right to union is a fundamental and constitutional right. We, together with all our members from every sector, stand with Aliağa workers.” 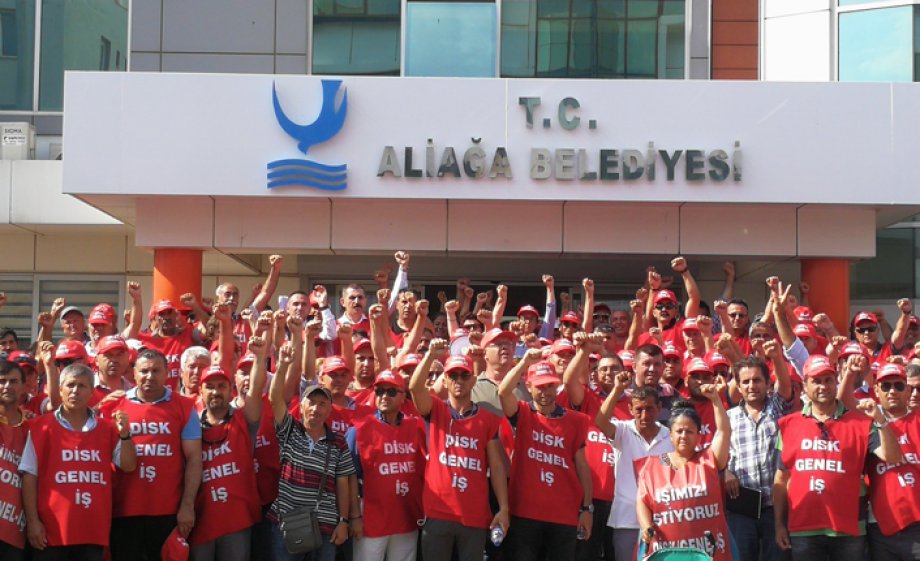 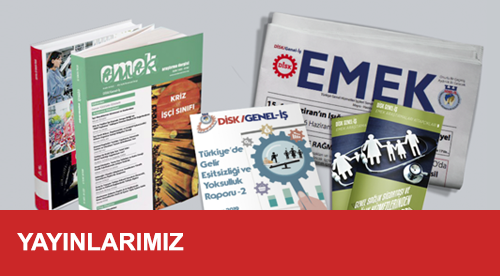 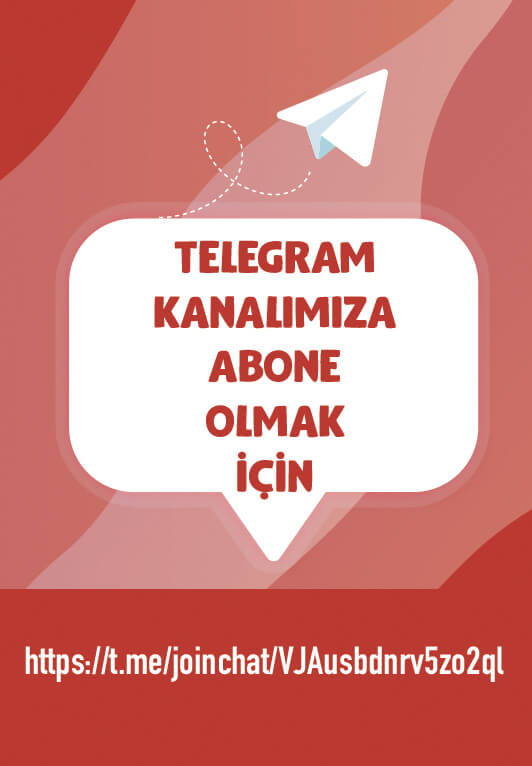 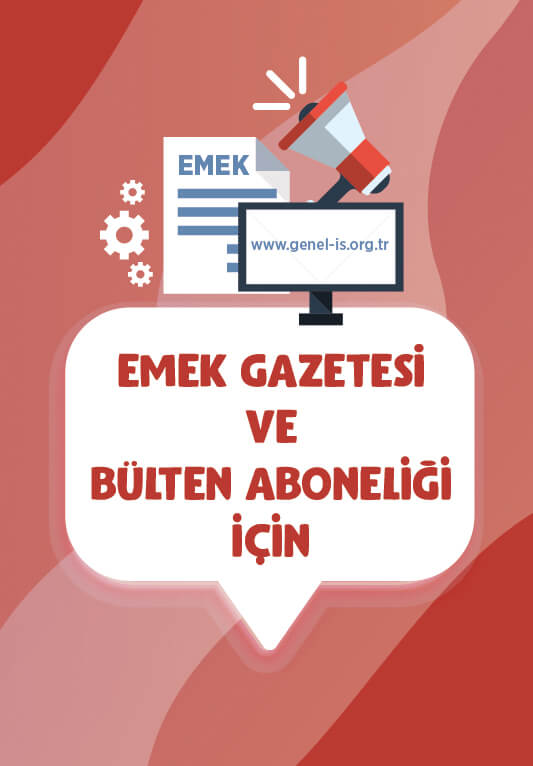